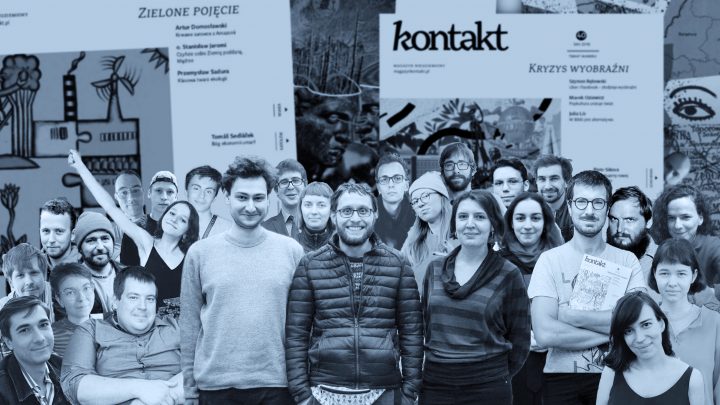 Kontakt Magazine is the only left-wing Catholic magazine in Poland. We believe that our voice is essential for building the engaged Catholic society based on tolerance, beyond religious, political and ideological divisions. We are convinced that bringing together a leftist perspective with Catholic social teaching is crucial for those whose looking for their place in the Church.

Since 2007 we have been inspired by liberation theology and we seek to popularize it, as it is little known in Poland (and often has negative connotations). The core concept of the preferential option for the poor in Catholic social teaching is particularly inspiring for us. We also aim to shed light on the ways in which other groups are excluded. Therefore, we write about the rights of LGBTQ+ people who are discriminated against in Poland, with the acquiescence – or even participation – of much of the hierarchy of Roman Catholic Church.

We believe that writing in their defence is part of our Christian duty to stand up for the oppressed.

Other topics that we consider important to write about range from the environmental and climate crises, through feminism in the Church, to local development and power structures in Global North and Global South relationships. We have also published in-depth print journal editions on homelessness, education, and democracy, among others.

Kontakt Magazine is published by the Club of Catholic Intelligentsia in Warsaw.

We translated a few of our articles for you so that you can get to know our voice:

“Your love for me was more wonderful than the love of women”. Biblical inspirations for LGBT peopleJakub Niewiadomski

Whether the pope knew is the wrong questionStanisław Krawczyk

For the past nine years we have relied upon funding from the Ministry of Culture, National Heritage and Sport; however, we did not receive it this year, even though our journal has increased its readership significantly. Unfortunately, today Polish media which do not follow the government’s narrative are in a difficult situation. Therefore, we are seeking additional funding from other sources. We would greatly appreciate your support.

Our magazine is available online, and we publish a themed paper edition three times a year. Nearly all our editors work on a voluntary basis, and the content on our website is free of charge. Your donation will keep us going and help us grow – and preach our leftist Catholic voice more widely. Your money will be spent on editors, authors, translators, illustrators and others who make up Kontakt.

Please contact us if you have any questions or if you would like to show your support in writing: kontakt.sekretarz@gmail.com

The most convenient way to support us is by setting standing order titled: „Donation for statutory purposes_Magazyn Kontakt”.

Name of the recipient:

Stay in touch with Kontakt:

Stay up to date with our work. 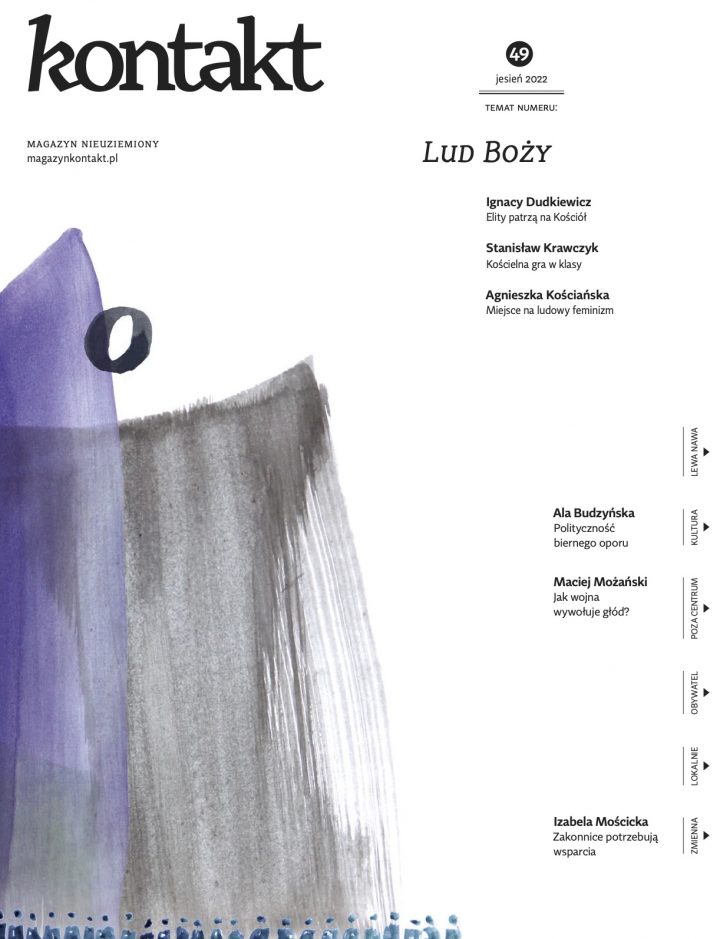